Use But Don’t Abuse #TheHashtag

Use But Don’t Abuse #TheHashtag 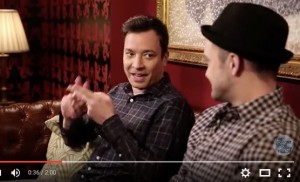 The # symbol, or hashtag, is a simple way to group keywords or common topics together. Organically used by Twitter as a way to categorize, the hashtag is now making an appearance on other social media sites including Facebook, Instagram, Pinterest and Tumblr. Clicking on a hashtag allows you to view other content that is marked with that keyword. The # symbol can be a powerful tool for branding but the “hashtag revolution” has its own set of rules you need to be familiar with to ensure you’re using and not abusing its power.

According to Twitter, you can put a hashtag anywhere in the Tweet, but you should not spam your Tweet with over-tagging. Twitter advises you to use roughly two hashtags per post. In addition, don’t hashtag every word as it adds clutter and makes the conversation difficult to follow. This also includes stringing together too many words. A hilarious skit, which aired on The Tonight Show with Jimmy Fallon and Justin Timberlake, shows an absurd overuse of hashtags. Use the symbol carefully as Tweets are already cut short by the number of characters and you don’t want to risk annoying your followers.

Make sure what you choose to mark with a hashtag is relevant as it drives engagement to followers. According to the article, 5 Brilliant Ways to Use #Hashtags in Social Media Marketing, as long as they are relevant to each other, hashtags can be a global connecter of the social web. Using unrelated tags can potentially make your post get lost among users.

Hashtags can do great things for your marketing efforts. You can use them to enhance your brand story and relate it to your audience. The Social Times recommends using a hashtag to align yourself with your industry and products. You can use a current hashtag to increase exposure. They are also a great way to join the conversation with your audience by answering questions or posting about a trending topic.

Overall, when it comes to hashtags, have fun, be creative and keep it simple.