Learn from the Top 5 Digital Back to the Future II Predictions, Circa 1989

Learn from the Top 5 Digital Back to the Future II Predictions, Circa 1989 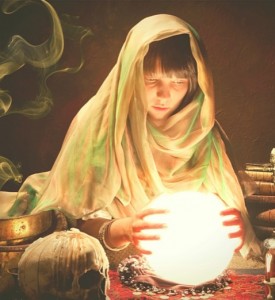 In the 1989 comic sci-fi film, Back to the Future II, an ‘80s teenager travels to the future date of October 21, 2015 (which would be today). The film is arguably known as the greatest time travel movie ever. A few technological predictions and scenarios portrayed in the movie are strikingly similar to those we have accomplished today. There are five major digital advances predicted in the movie that really did come true and are part of our modern-day lives now. We can all learn from certain technology predictions and trends like these.

In 2015, many people own or want to own personal electronic devices such as the smartphone, laptop, tablet or iPad. Back to the Future II, features each character owning TV glasses where they watch TV and answer the phone simultaneously-reminiscent of our multitasking with smartphones and the few people who now own Google glasses.

During the movie, Marty is pictured talking to a TV screen, where people can listen and respond. With iChat, Face Time, Gchat etc., in 2015 face-to-face digital interaction and video conferencing is here to stay and advances are made each year to improve these technologies.

It is extremely common in 2015 for people to use the Internet and make purchases straight from their mobile device. Relatively every ecommerce site has a feature equipped for mobile payment. Business Insider describes how in the movie, a mobile credit card reader is introduced, which is similar to the Square used with Apple products to make purchases. In another scene, a small silver wireless device (similar to the iPad mini) is handed to Marty for him to make a donation.

Today it’s common for many people (especially Millennials) to be engaged in multiple streams of data and images at one time. People can watch TV, while talking on the phone and answering emails, while listening to music from a stereo, all simultaneously. In Back to the Future II, Marty’s son is watching seven TV channels at one time. While this specific instance is not realistic, seven different streams of information at once certainly are.

Internet has evolved exponentially over the past 30 years. From its first introduction to modern society to accessibility at the touch of a finger, Internet has completely revolutionized the digital world. Gawker explains, in Back to the Future II, handheld computers with wireless Internet are introduced to Marty. In 2015, handheld computers and wireless Internet are offered to the masses in multiple forms. The most popular include smartphones and tablets.

While fantasy depictions of future technology can many times be off the mark and outlandish, it makes good business sense to keep tabs on technology trends that sync with your business or that can help your business in any way. For instance, many people search for information primarily via mobile devices. If you made your web site ‘mobile responsive’ three years ago—you were a savvy early adopter of technology that has most likely boosted your bottom line. And certainly being ahead of the right curve and the right predictions will help you navigate the sci-fi world we live in successfully.